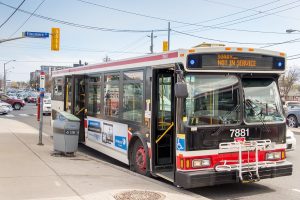 After much deliberation and a court battle with the transit workers’ union, (which has been ongoing since the spring of 2011) the Toronto Transit Commission (TTC) began their random drug and alcohol testing programme on May 8th of this year. The testing seemed to be immediately justified as the very first employee (not a driver/operator) that was selected for testing failed their breathalyzer alcohol test. The TTC’s policy is that anyone with a blood alcohol concentration (BAC) of .02 – .039 can be subject to “progressive discipline” and a person found with a BAC of above .04 is considered to be impaired.[1]

The first driver/operator to test positive for drugs occurred the week of June 17th, however, the TTC spokesperson, Brad Ross, would not comment as to which substance was detected. With over 300 workers having undergone testing at this point, which resulted in eight positives tests, the positive rate is currently less than three percent which is almost double that of the U.S. Department of Transportation (DOT) average.

“This is part of ensuring that the TTC remains a safe public transit system, for our customers, for the public, and for our employees who work alongside colleagues who may come to work not fit for duty” [2]

The selection rate of employees for random testing is to be 20% per year, meaning that an employee eligible for random testing would have a chance of being tested once every five years. [3] TTC officials also note that the CEO, Andy Byford, was randomly selected for testing and his result came back negative.

“The vast majority of our employees come to work fit for duty every day and would not dream of taking drugs or drinking on the job, but unfortunately there are some who do and those people need to know they will be caught and they are being caught,” Ross said. [4]