Canada’s pilots adherence to the “8 hours from bottle to throttle” rule has come under some question recently as two Canadian pilots were pulled from duty in Scotland on suspicions of being intoxicated. This situation has brought some attention to the protocols surrounding Canadian pilots and what appropriate steps are being taken within the industry to ensure that there are no impaired pilots in the skies. 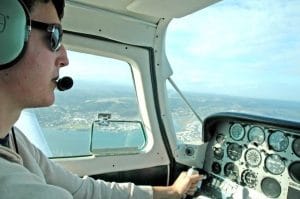 Canadian aviation expert Phyl Durdey says that instances of pilots drunk on the job are “very rare” stating that “Pilots are true professional, and it’s the one rule that should not be broken because of the repercussions can be very serious” Durdey told CTV news. He continued to say that “I don’t know what the situation was, or what their excuse was, but the rules and regulations are quite clear”.

In fact it may not be that the rules are “quite clear” considering that Transport Canada themselves issued an aviation safety letter in January of 2005. The letter begins with a story of a balloon pilot (the same rules apply to all aircraft including hot air balloons and helicopters) who has an accident when landing his balloon.

In the story the operator of the balloon feels confident in his knowledge that he is within the regulation (it having been 8 hours since he consumed alcohol) but when he is given a breath test he, in fact, fails the test, blowing >0.049%. The letter goes on to say that many pilots in Canada have misconceptions about the rule, not understanding that is not only about the time from your last drink, it is actually about your blood alcohol content, as stated in the regulation (Canadian Aviation Regulation) CAR 602.03, which states. No person shall act as a crew member of an aircraft

The level of your BAC (blood alcohol concentration) is not only about when your last drink was, it also matters how MANY drinks you had at that time, as well as your body weight, gender and your metabolism. It may be that these facts are not being considered when pilots decide they are within the regulations for flying.

Added to this is the unfortunate fact that researchers have found that pilots are bad at judging whether or not they are under the influence of alcohol, they frequently overestimate how much alcohol they can consume before their BAC increases, as well as underestimating how much time must pass for the effects of alcohol to wear off. This is particularly concerning information given that alcoholism among pilots is often unrecognized.

What makes these facts more worrying is that Canadian law does not require that pilots be routinely tested for alcohol. In Canada the standard is that an alcohol test would only be administered in the event that there was suspicion of intoxication. This means that a co-worker (or supervisor) who is working with the pilot must “tell on them” before a test would be administered. According to Jock Williams, a retired Transport Canada flight safety officer “Right now, a guy knows he will get away with it unless he gets turned in”, Williams went on to say “I think that if we have periodic testing once in awhile, it wouldn’t be a bad idea.”

As with other areas within the drug and alcohol testing arena, Canada’s lack of a federal body which oversees these regulation and their implementation leaves a hole which can be unforgiving of mistakes. The Canadian way seems to be if it ain’t broke, don’t fix it, but it may be time to take a serious look at changing this attitude, particularly with drug and alcohol testing, because when an accident happens and lives are taken, it will be too late.